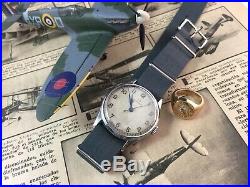 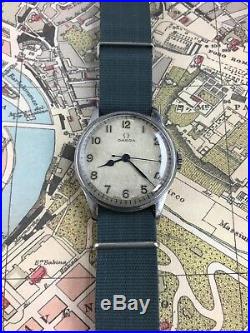 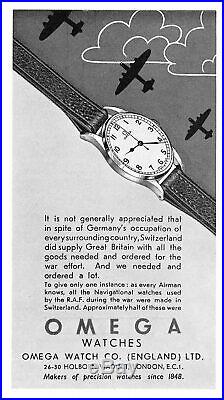 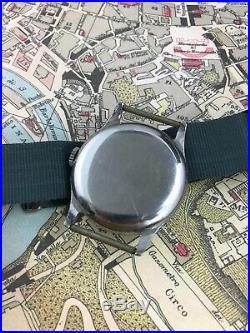 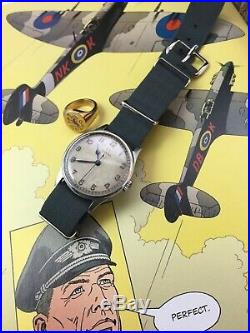 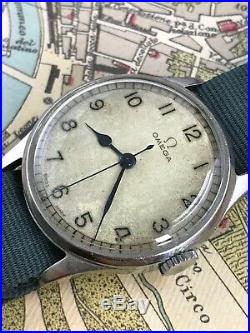 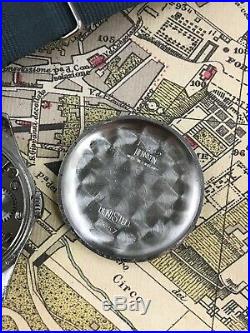 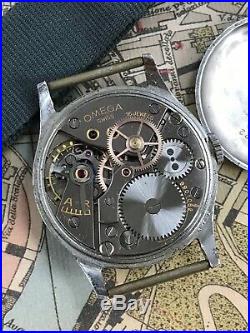 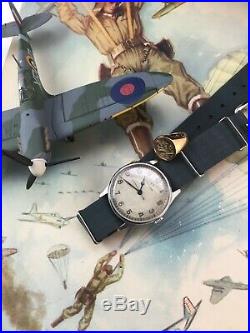 The Watch That Helped Save The World. This is entirely original and dates from 1943. This features the superior post war Denison solid steel case that was made in England. Many of these former military issued pilot watches were recased for civilian use after the war, as is the case here. The dial shows a stunning natural patina that is unlike any other and is untouched, as is the blued pear hands. Inside is the legendary 30T2 manual wind movement, the basis of Omega’s post war greatness and the precursor to many of their finest movements before the brands downturn during the quartz crisis. This watch was dubbed the “Spitfire” watch due to it mainly being supplied to the RAF during war time and it remains one of the most important and underrated watches ever made by the brand. Unlike the millions of Moon-ready Speedmasters, and wanna-be Bond Seamasters, this was actually worn in WW2, a real bit of history on the wrist. It functions and keeps good time and comes on a genuine Mil-spec British made NATO strap in the original 1960s admiralty grey. Obviously the watch has signs of wear, but what do you expect? It’s a war vetran and horology hero. Please also note, this is a smaller 34mm size and from a time when courageous men wore more classic sizes that their lives depended on, rather than oversized status symbols. The ultimate conversation piece and jewel of anyone’s collection from the greatest generation and most influential period in the history of the modern world. Please feel free to ask any question. Model Spitfire and signet ring NOT included. The item “RARE Omega WW2 Spitfire Watch CK2292 30T2 Manual Wind Vintage Pilot Watch” is in sale since Wednesday, June 24, 2020. This item is in the category “Jewelry & Watches\Watches, Parts & Accessories\Watches\Wristwatches”. The seller is “strontiawolf” and is located in Astoria, New York. This item can be shipped to North, South, or Latin America.