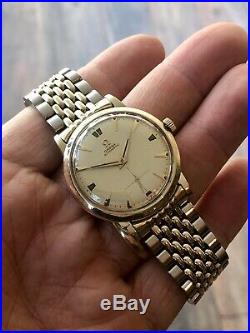 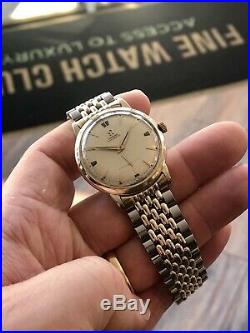 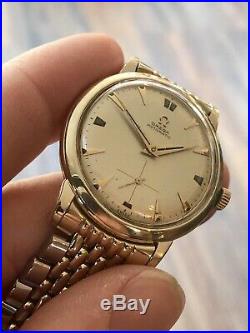 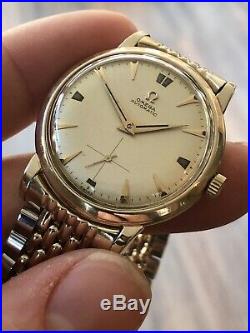 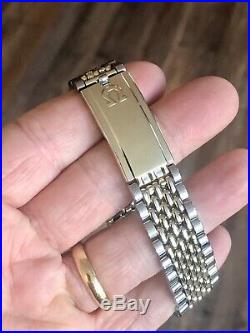 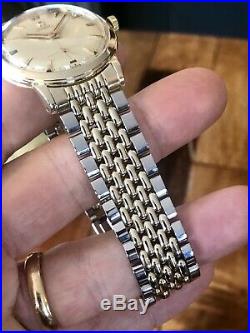 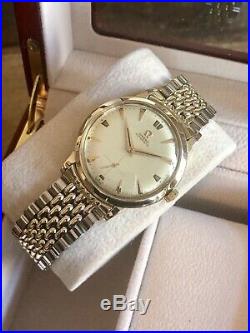 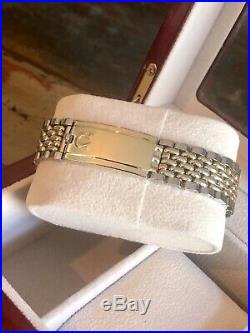 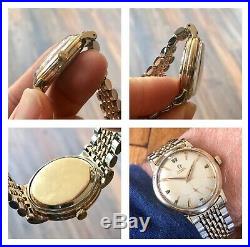 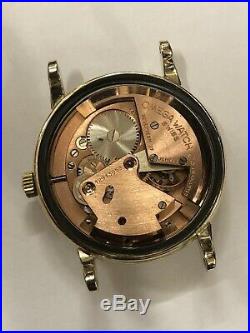 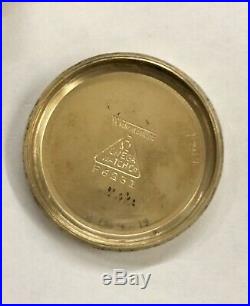 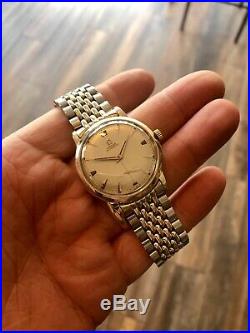 RARE Omega Mens Gold Steel Rice bracelet Sub Dial vintage Mens watch 1950 + Box. We can dispatch SAME DAY if ordered before 14:00 GMT. 1950 – vintage “Bumper” Omega. Original parts, rice bracelet & Omega box. Great Investment / gift for loved one. For those seeking a unique vintage watch you are. To find from any. In the world this is it. This is a very RARE Omega sub seconds dial with gold & steel two tone Omega rice bracelet rare resizing clasp. Comes with rare and desirable Omega rice bracelet. A new aftermarket box will be. And will naturally help to. Overall a classy watch and in good working order. This is vintage and in original condition. Study the photos as this naturally makes up part of the description. As per the photos and considering the age the watch looks in very good condition to me. Metal : Gold & Stainless Steel case. Strap : Omega RICE bracelet. Year : 1950 – manufactured in Switzerland by Omega Watch Co. Movement : Automatic (self winding) calibre 342. Box : Yes as per pictures. Features : Sub Seconds dial. We do not recommend jumping into the water with any vintage watch. Although once upon a time classed as 30m waterproof this usually last 2 years then needs to be checked. This info is in the original handbook and still applies to modern Omega’s although no one hardly ever reads that bit… Basically keep away from high humidity rooms like shower rooms just to be sure. They hold their value brilliantly and should actually increase in value over the next few years as they become rarer and rarer. A vintage watch like this in good condition and serviced by a Omega specialist is very difficult to find. Basically a subtle way to show off the exquisiteness of good taste. Fine Watch Club are used Watch Dealers based in Norwich, England. You will receive very fast. Some trivia on Omega watches. In 1848 a 23 year old named Louis Brandt is credited with starting the brand which later became Omega. In the early 1900’s OMEGA’s watches were prized by railroad professionals in China, the United States, Canada and much of Europe. The association between OMEGA and swimming dates back to the 1932 Los Angeles Olympic Games. The relationship is still going strong. Omega was a major supplier of watches to large ministries of defense, especially during the 1st and 2nd World Wars. The company’s timepieces would go on to be used by the armed and special forces of British, France, Italy, USA, Norway, Sweden, Canada to name a few. Important musicians including Elvis, Beatles members & Buddy Holly have been photographed wearing Omega watches including the Constellation range. Past world leaders such as JFK and Mikhail Gorbachev choice of watch. Pope John Paul II wore Omega watches. Before official chronometers, Olympic chronographs or the NASA-approved Speedmasters Omega watches. In 1947 Omega introduced the Seamaster Cosmic Moon Phase wristwatch. It was the brands first calendar watch to display the time and the date with its hands and day. The Geneva Line, created in 1953, was made as an homage to our workshops in Geneva where OMEGAs best regulators were working. The line was finally discontinued in 1979 as the law in Geneva stipulates that a brand must have a presence in the canton of Geneva to include the word Geneva or any variation of on the dial. Omega has four main vintage watch families that are well known to everyone interested in the brand: Seamaster, Geneve, Constellation and De Ville. OMEGA SEAMASTER DE VILLE: The Omega De Ville was introduced into the Seamaster range in 1963. It was considered by Omega to be the ultimate dress-watch, the personification of elegance, but retaining the country sport mantra so eagerly aspired to by certain echelons of society in the 1960s. Although subtle and understated, at its heart remained a very sturdy accurate sports movement in a unique one-piece case. The Omega Seamaster was introduced in 1948. The De Ville version of the Seamaster featured a front-loading case where the access to the movement was gained through the front of the watch rather than the back. The Seamaster De Ville was available from 1963. The item “RARE Omega Mens Gold Steel Rice bracelet Sub Dial vintage Mens watch 1950 + Box” is in sale since Thursday, October 31, 2019. This item is in the category “Jewellery & Watches\Watches, Parts & Accessories\Wristwatches”. The seller is “fine-watch-club” and is located in Norwich. This item can be shipped worldwide.